EBS, the Mortgage Masters to sponsor awards as part of a wider campaign celebrating the 37.2 million hours of volunteering across Ireland’s 14,000+ sports clubs and associations each year

The Volunteers in Sport Awards were created to recognise the contributions, commitment and dedication of the 450,000 volunteers who give their time to Irish sport every year.  This equates to approximately 37.2 million hours of volunteering across Ireland’s 14,000 registered sports clubs and associations across country.

An overall winner from each county will be selected as well as one national “team of volunteers” award. A Lifetime award to honour a volunteer who has consistently given of their time for a sport, a team, or an event over many years, will also be awarded at the ceremony, taking place on Tuesday, 12 November.

Lifetime achievement award
The Lifetime Award will be presented to a volunteer who has consistently given of their time for a sport, team or event over many years.  Previous winners of the Lifetime Award include Liam Sheedy, who managed Tipperary to All Ireland Senior success in 2010, Oliver O’Neill, youth coach and father of Olympic Boxer Darren O’Neill and Dublin City Marathon organiser Jim Aughney.

How to nominate
Members of the public are invited to nominate an individual whose contribution to their sport has made a real different to their club, community or county.  Nominations can be made by individuals, clubs or sporting associations via an online application form online. The deadline for applications is Friday, 27 September, 2019.

“It is important to remember that every Irish athlete currently representing their club, county or even country is a result of the hours of passion, dedication and effort that volunteers afforded them each week as they developed as players and athletes.  The unparalleled commitment given by these people must be recognised and celebrated. I am delighted to launch these Sport Volunteer Awards and I urge members of the public to nominate an individual whose contribution to sport has made a real difference in their community, whether that is a coach, manager, official or administrator. These unsung heroes deserve to be celebrated and congratulated publicly.”

According to Mary O’Connor, CEO of the Federation of Irish Sport:

The first Volunteer in Sport Awards were presented in 2007 and were done so to recognise the contribution, commitment and dedication of the volunteers who give so generously of their time to sport and physical activity every year. We are delighted that EBS have partnered with us this year to make this happen for the first time in five years.

Sport plays a central role in the social fabric of every county, constituency and parish in the country.  Sport represents the largest single source of volunteering in Ireland, with over 450,000 people volunteering in sport each week, in the 14,000 sports clubs and associations in Ireland who encompass 1.7 million members.

The value of volunteering in sport in Ireland is unimaginable, with an estimated 37.2 million hours of unpaid voluntary work performed every year. It is these people that make sport happen in Ireland, and it is essential they are recognised, and indeed funded to ensure that sporting tradition grows even further on a national and international footing.”

“EBS is proud to launch an initiative that will recognise everyday heroes without whom sport in Ireland simply would not happen. This army of 450,000 volunteers go above and beyond what is asked of them every day to ensure that children, teenagers and adults remain included, active and competitive in sport.

They are the coaches, the managers, those who wash the kit, who set up training sessions, who manage fundraising campaigns, who make tea and sandwiches, and who taxi children around their county. They are the people who open the gates to incredible opportunities. We have been involved in communities in Ireland for over 80 years and are delighted to reignite our activity in communities around the country with this unique partnership with The Federation of Irish Sport, with the Volunteer in Sport Awards being the first initiative we will work together on.” 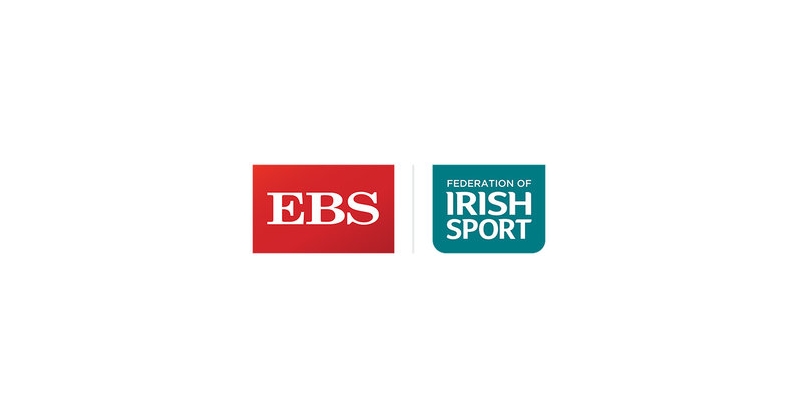